Posted by admin on Thursday, July 13th, 2017 in Health Articles
no Comment. 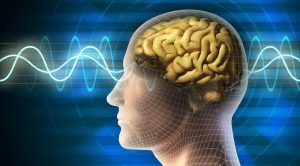 Now that summer is here, you may be spending more time outside. Unfortunately, so are ticks. Discovering that you’ve been bitten by one of these little blood-suckers is bad enough, but your worries might not be over after the tick is removed. In many areas of the country, contracting Lyme disease is a real possibility.

Even if you clearly remember being bitten by a tick — which half of patients don’t! — Lyme disease is hard to diagnose and sometimes even harder to treat since Lyme disease doesn’t always result in the telltale bull’s-eye rash and is known for its high false negative rate in screening tests. It’s also known as the Great Imitator because of the wide array of misleading symptoms it can cause, ranging from chronic pain to musculoskeletal disorders to psychological issues.

The good news is that we’re discovering many innovative ways to effectively combat this ailment. In particular, using natural therapies to remove ‘obstacles to cure’ like toxins, inflammation, and infections can go a long way toward restoring health.

Here are six ways to treat Lyme disease in addition to the standard course of antibiotics:

Botanical Medicine. No matter how advanced medical science becomes, never underestimate the powers of mother nature! Many antimicrobial herbs and herbal formula combinations have been shown to effectively kill Borrelia burgdorferi (the bacteria that causes Lyme disease) and other tick-borne pathogens.

Herbs have an incredibly complex combination of phytochemicals that can be very harmful to certain bacteria, yet are harmless to people. Even top PhD pharmaceutical researchers have a hard time creating such things in the lab! Incorporating botanical medicine into a patient’s overall treatment protocol can help prevent a resistance to medications such as antibiotics from forming.

During HBOT, patients are placed inside a hyperbaric oxygen chamber with an oxygen concentration of 100 percent. The chamber is slowly raised between 1.5 to 2 times the normal atmospheric pressure, allowing more oxygen to enter the bloodstream and cerebral spinal fluid.

Borrelia bacteria are microphilic anaerobes, meaning that they don’t like a lot of oxygen. Under hyperbaric conditions, the concentration of oxygen can become great enough to kill Borrelia, especially in combination with antibiotic and/or herbal therapies. Furthermore, since HBOT reduces inflammation in the brain and other tissues, it can bring healing and resolution to many of the inflammatory side effects of Lyme disease, such as brain fog and other neurological impairments.

EEG Neurofeedback. An electroencephalogram (EEG) is one of the most accurate tools to measure the functioning of the brain. As patients’ brain waves are read in real time, special software gives rewards—for example, audible feedback or making a movie brighter—when optimal brain wave patterns occur. This prompts the brain to subconsciously repattern itself.

Diet. Diets that are pro-inflammatory and depleted of nutrients (i.e., the average American diet!) cause imbalances in the body’s biochemistry. Specifically, the body will become more acidic and inflamed, and less oxygen will be available on the cellular level. Infections such as Borrelia burgdorferi thrive in these conditions. Borrelia bacteria and other co-infections common with Lyme then release their own toxins, which further disrupt cellular functions and chemistry. Enter nutritional intervention, which focuses on using supplements and a proper diet to restore biochemical balance.

Blood tests and hair analysis can tell a clinician which nutrients are most needed for a particular patient. These tests can also indicate how the patient’s body best metabolizes foods, and which type of diet will work best. Most Lyme patients will benefit from a high-antioxidant diet rich in fresh organic produce. Patients should also be tested for hidden food sensitivities, such as to gluten, since these can increase inflammation.

Homeopathic Medicines. Homeopathics are gentle yet effective medicines that use highly diluted natural substances to stimulate the body’s natural healing abilities. They can boost the immune system to more effectively fight the infectious pathogenic organisms that are contributing to the Lyme patient’s symptoms (including the Borrelia bacteria, viruses, and other co-infections). Homeopathics can also assist various organs in eliminating toxins.

Homeopathics do not actually kill the organisms themselves, but send information to the body that tells it to ‘wake up’ and address pathogens via its natural immune responses. The remedies chosen are tailored to the individual patient and may be updated on subsequent visits as organism levels change.

Acupuncture. Traditional Oriental medicine such as acupuncture is rapidly finding its way into the mainstream—and for good reason. Electromagnetic energy (referred to as qi) flows in “rivers” (or meridians) throughout the body. When certain meridians have too much or too little qi flowing through them, the body becomes imbalanced. This can be corrected by tapping into acupuncture points where the rivers of energetic meridians tend to well.

“Lyme disease is an under-recognized epidemic that’s adversely affecting the health of many Americans,” Dr. Breiner concludes. “If you suspect that you may be suffering from this illness, be proactive in seeking out answers. Remember, Lyme disease can be experienced very differently by each patient, and there is no such thing as a cookie-cutter treatment.”

Being bitten by a tick can affect you in many ways: Your skin might crawl; you might get a case of the willies; or you might not be able to relax until you’ve had a scalding shower. Joking aside, though, tick bites can seriously affect your long-term health if you become infected with Lyme disease. Here are six scary-but-important facts everyone should know about this often-misunderstood illness:

Lyme disease doesn’t always cause a bull’s-eye rash. Most people associate Lyme disease with a bull’s-eye rash at the site of the bite; however, this trademark rash does not appear in at least 30 percent of patients. That being the case, it’s not surprising that many patients erroneously attribute other Lyme symptoms like fever, chills, fatigue, swollen glands, and muscle pains to an off-season flu or cold.

It’s difficult to diagnose. The most common Lyme screening test (ELISA) has a notoriously high false negative rate, missing up to 35 percent of culture-proven cases.

Over the long term, untreated Lyme disease can cause a variety of surprising—and confusing—symptoms. When left untreated, Lyme disease can become a disorder that settles in one or more of the body’s systems (e.g., nervous, musculoskeletal, and/or cardiac) where it can cause chronic pain and facial paralysis. Some people may suffer only from psychological symptoms including brain fog, severe anxiety, obsessive-compulsive symptoms, depression, and even violent rage.

Lyme disease might be the culprit responsible for many unsolved medical mysteries. Unfortunately, the longer a patient has Lyme, the more difficult it is to diagnose using standard testing — and care providers may not connect confusing symptoms with a long-ago tick bite (assuming the patient is even aware of being bitten).

Antibiotics are usually the first — though not always the best — course of action. Normally, a 30-day course of antibiotics is prescribed for individuals who are diagnosed with Lyme disease. But many find their symptoms return a few weeks, months, or even years later. That’s because the Borrelia bacteria (which causes Lyme disease) likes to hide out in tissues where oxygen and therefore blood flow are reduced, such as connective tissues. Borrelia has also been found to create biofilms, which are like a walled-in city. Bacteria can live here in safety until antibiotics are no longer in the body’s system. Then the Borrelia bacteria will reemerge, causing symptoms of Lyme disease to appear once again.

Environmental toxins can help Lyme disease stick around. It’s important to supplement antibiotics with natural therapies that promote whole-body balance. When the body is overwhelmed with toxins, chemicals, viruses, and bacteria (which is a common state of affairs in the modern world), the organs of detoxification like the liver and lymphatic system become stressed and overtaxed. This makes it much less likely that they’ll be able to fight off Lyme disease and its symptoms.

Adam Breiner, ND, is the medical director of The NeuroEdge Brain Performance Center, a division of Whole-Body Medicine, LLC, in Fairfield, CT. He specializes in detecting and removing “obstacles to cure” for Lyme patients from across the country. The Center is one of the only free-standing hyperbaric facilities in the region, focusing on helping patients with neurological conditions. Visit www.theneuroedge.com.