Menu
Home / View all information / What if You Found Cancer Early Enough to Make a Difference?

What if You Found Cancer Early Enough to Make a Difference? 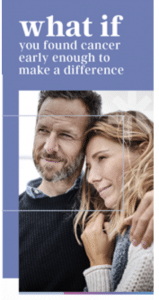 Beating cancer starts with knowing you have it. One of the most terrifying diagnoses is cancer. In 2018, 1,708,921 new cancer cases were reported, and 599,265 people died of cancer. For every 100,000 people, there are 436 new cancer cases, and 149 die of cancer. While many with family histories of cancer tend to be more concerned, only about 5-10% of cancer cases are inherited. Often, the shared risk behaviors account for cancers in family members. According to a study from the Archives of Internal Medicine, only 25-50% of new cancer treatments that reach the stage of randomized controlled studies will prove successful. For cancers that are easier to diagnose and treat, 80% will survive more than ten years. However, less than 20% of people diagnosed with difficult-to-diagnose or treat cancers survive ten years or more.

Whether undergoing conventional cancer treatments such as surgery, chemotherapy, radiation; or alternative methods including nutritional therapies, diet and lifestyle changes, acupuncture, meditation, ozone, or other treatment modalities, the most effective way to protect oneself is discovering cancer early when it is most treatable and fully eradicated.

Most cancers show no symptoms until later stages when treatment options may be limited or too late. Furthermore, 71% of cancers are not normally or able to be screened.

When cancers are diagnosed early, before they have had time to spread, the overall survival rate is 5x higher. Early cancer detection is essential to improve treatment outcomes and survival. The vast majority of cancers show no symptoms until later stages when treatment options may be limited. Today many cancers are found too late when outcomes are poor.

At Whole-Body Medicine we are excited to offer the *Galleri™ multi-cancer early detection test to our patients. This first-of-its-kind te 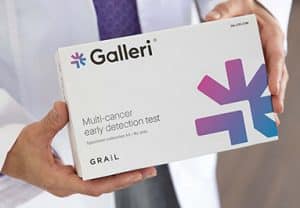 st detects more than 50 types of cancer through a simple blood draw.

The Galleri Cancer Screening Test can detect cancer signals very early on in the body and distinguish which tissue the cancer comes from. The Galleri test is more sensitive than any other cancer screening test available. For example, Cologuard, the colon screening test, only finds 3.7% of cancers. In contrast, Galleri has a predictive value of 50%. This predictive value means that if a cancer is detected, there is a 50% chance that it is present. Furthermore, there is only a 0.5% false negative rate. This 0.5% false negative rate means that for every 1000 patients tested; only five will have a false negative result. Thus, a negative result rules out cancer in the body for 995/1000 people.

Galleri does not rely upon genetic predisposition; instead, it tests for actual cancer footprints that can be too early for other screening or diagnostic methods to detect. If positive, this early detection and intervention can help save people from cancer.

When cancer is detected in its earliest stages, more cancer treatments may be available and survival rates may be improved. Be in control of your health and call us today at 203-371-8258 ext. 2 and schedule an appointment with Dr. Jennifer Letitia to learn more and determine if the Galleri test may be right for you.

*The Galleri test is recommended for use in adults with an elevated risk for cancer, such as those aged 50 or older. It is intended to be used in addition to, and not replace, other cancer screening tests.